This site has been pretty quiet in 2018. I’ve been unbelievably busy with school, a second job, and choreographic gigs on top of all that. There are many many things I would love to write about, but time conspires against us all, and here we are at the turn of the calendar. If you want a more often updated way to follow my creative exploits, I recommend following me on Instagram: @natural_opposite.

But first! Despite all that crazy, I did manage to read 32 books in 2018. That is, sadly, the lowest number I’ve read in a year since 2013, on account of the whole “grad school” thing. A few of book listed below were ‘for school’, in that other people told me to read them and so I did, but I’ve only included them on this list if I got something out of them other than “it’s on the syllabus.” Everything else I read was during breaks from school, and I’m overall not upset with the quantity.

Here follows the list of what I read, organized by the ratings I gave them on Goodreads, plus a bit of a one-sentance-ish review. If you want more info, message me or look up the books yourself.

While not as heart-stoppingly good as the previous Newsflesh book, the strength of this sequel lies in the solid mix of thriller, horror, and science that make a great zombie story.

N.K. Jemisin is the next Bradbury, Heinlein, Tolkien–pick a great master, and she’s out to take their crown. I personally preferred the novels I read from her over her short stories (see below), but this collection is still great. 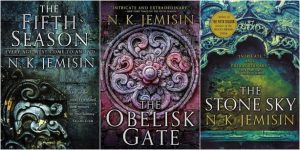 There is a reason all three novels in this series won Hugo awards. World-building, magic, stakes–they have it all, and on top of that are the best example I’ve read of a fantasy story being ‘about’ a social issue. These books are amazing and I can’t oversell them enough. 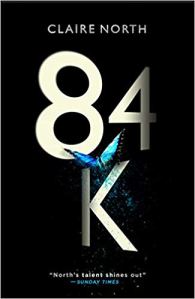 I continue to love Claire North’s writing and storytelling. This dystopian tale draws from Orwell’s 1984 in more than just title, but the characteristic North twists, language, and philosophy make it worth the ride.

THE SOUL OF AN OCTOPUS, Sy Montgomery

Yes, yes, we all know I love me some cephalopods–this exploration of a few individual octopuses and their personalities is fascinating and probes at the question of animal consciousness. 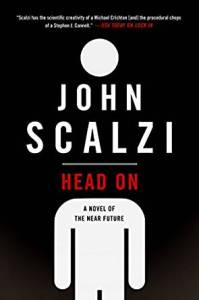 Sequel to LOCK IN, this detective story effortlessly explores disability, access, and sports in a fascinating near-future setting.

WITHIN THE SANCTUARY OF WINGS, Marie Brennan 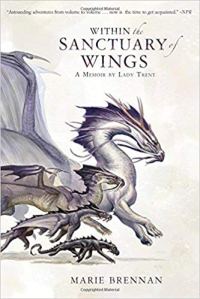 [sobs] WHY IS THIS SERIES OVER. Dragons. Alt-Victorian lady explorer. It’s the best.

The story of radium and humans is one of the sad chapters in the annuls of scientific progress. This depressing tale of ignorance, fear, and corporate failings is told a tad dramatically, but that’s probably what this story deserves.

Medieval intrigue! Court in-fighting! The take-away message for me was how much it sucked to be a powerful woman surrounded by power-hungry men.

This is technically a re-read, but I was a kid and had long since forgotten the quiet Venetian charm of this Middle-Grade homage to Dickens with a touch of fantasy.

This mad-cap space adventure owes such a debt to HITCHHIKER’S GUIDE TO THE GALEXY that it was difficult for me enjoy it on it’s own merits. The language is almost worth the price of admission. 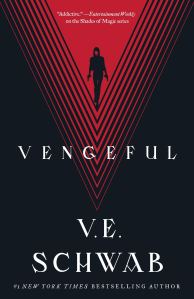 Dark, violent, and deliciously evil, this tale doesn’t quite live up to its predecessor VICIOUS, but still has the best supervillian-esse I’ve ever read or seen.

Like its creator, this sci-fi (ish) tale wears its heart on its sleeve, saying way more about internet fame than anything else. The ending irritated me, as I am allergic to cliffhangers when the sequel isn’t published, but after some time I will begrudgingly admit that I see what he was going for. 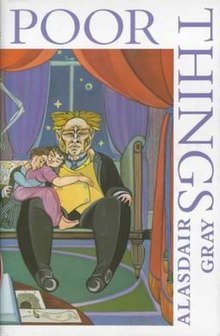 A bit dated, this darkly humourous literary tale borrows from FRANKENSTEIN, BEAUTY AND THE BEAST, and JANE EYRE to create a Gothic exploration of agency and control.

THE LISTENING BOOK, W. A. Mathieu 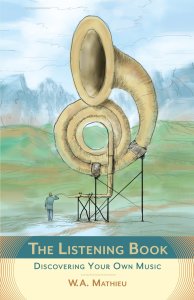 For school–this poetic little volume is an attempt to describe music and the experience of listening to music in words.

ALL OUR WRONG TODAYS, Elan Mastai

I don’t remember a thing about this book other than it involved time travel. ¯\_(ツ)_/¯

THE STARS ARE LEGION, Kameron Hurley

THE STRANGE CASE OF THE ALCHEMIST’S DAUGHTER, Theodora Goss 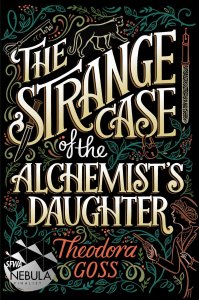 This female-led Gothic mash-up is a great example of how ‘I see what you did there’ from an academic perspective does not always translate into a good story.

Though the author himself assured me in the Foreward that this book is the weakest of the series, it did not hook me enough to want to read the rest.

WHAT TO LISTEN FOR IN MUSIC, Aaron Copeland

This ‘guide-to-music’ by one of America’s great composers comes off ponderous and pretentious–probably due to the pompous early-20th-century voice.

For school–dense, but interesting examination of the changes ways the public accesses art in the transition into the 21st century.

For school–dense, complicated, not ultimately useful.

Collection of short stories from a wide variety of authors–mixed bag, as such things tend to be.

It’s a cooking book! With pictures! Apparently it is now also a Netflix show, though I have not yet watched it.

THE PAPER MENAGERIE AND OTHER STORIES, Ken Liu

This collection of Eastern-tinged short stories was serviceable but not memorable. 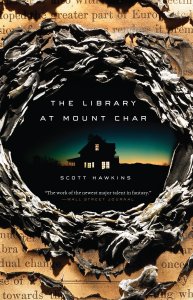 Bizarre, violent, and deeply original tale of a magical library and the beings that live there.

And that’s that! Apparently I did not read enough this past year to find any real stinkers, as I have nothing to report below 3-stars. I suspect I am also getting better at guessing what I will enjoy from blurbs and covers…

Happy New Year! And may 2019 bring you as much reading as you desire.